Menu
Back to Our Wines

The Mapuches, indigenous people of Chile, were well known for their silverwork.

Chile’s indigenous Mapuche people, who settled in the Colchagua Valley and elsewhere in the country, are well known for their silverwork that is inspired by nature and has deep symbolic meaning. Viña Maquis is proud to associate its brand and wines with this local art. Every label used on its wine features a one-of-a-kind piece of Mapuche silver. 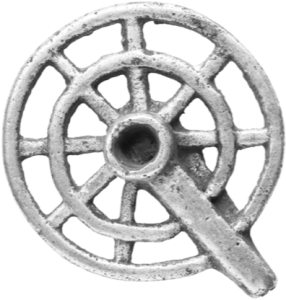 This element is quite particular among the eight treasured pieces of silverwork that appear on the wine labels of Viña Maquis. Its importance is related to the fact that although it is shaped like a wheel, it is actually a pipe. For the Mapuches, smoking was not just for pleasure; it also played a very important ritual role during traditional ceremonial events, and the smoke itself was considered to have clairvoyant properties. Mapuche elders would smoke during public meetings when they discussed matters of war and peace, and they also smoked during battles and blew the smoke at their enemies.